Irish law is based on Common Law as modified by subsequent legislation and by the Constitution of 1937. Statutes passed by the British parliament before 1921 have the force of law unless repealed by the Irish Parliament. In accordance with the Constitution, justice is administered in public in courts established by law. Judges are appointed by the President on the advice of the Government. They are invariably senior practising members of the legal profession. They are guaranteed independence in the exercise of their functions and can be removed from office for misbehaviour or incapacity only by resolution of both Houses of the Oireachtas (the National Parliament).

The Courts of the Republic of Ireland consist of the Supreme Court, the Court of Criminal Appeal, the High Court, the Circuit Court and the District Court. The courts apply the laws of Ireland. Ireland is a common law jurisdiction and trials for serious offences must usually be held before a jury. The High Court and the Supreme Court have authority, by means of judicial review, to determine the compatibility of laws and activities of other institutions of the state with the constitution and the law. Except in exceptional circumstances, court hearings must occur in public.

The High Court has full original jurisdiction and determining power in all matters of law or fact, civil or criminal. It can decide the validity of any law, having regard to the provisions of the Constitution. When trying criminal cases the High Court is known as the Central Criminal Court.

Legislation provides for the establishment of Special Criminal Courts whenever the Government is satisfied that the ordinary courts are inadequate to secure the effective administration of justice and the preservation of public peace and order. The Special Criminal Court is presided over by three serving judges drawn from the High Court, the Circuit Court and the District Court sitting together. There is no jury in the Special Criminal Court but, in most other respects, procedure governing this Court is the same as in criminal trials generally.

The Supreme Court is the court of final appeal. It consists of the Chief Justice, four other judges and, in an ex-officio capacity, the President of the High Court. The Court hears appeals from the High Court and the Court of Criminal Appeal. The Court is empowered to decide if the provisions of any statute are repugnant to the Constitution in the event of the President referring such provisions to the Court prior to the statute becoming law.

Although there is a limited right of private prosecution, most criminal prosecutions are instituted by the Director of Public Prosecutions on behalf of the State. The Director is a State official but is independent of Government in the performance of his or her functions.

The legal profession is divided into solicitors and barristers. Solicitors deal with legal business outside the courts such as transfer of land ownership, administration of the assets of deceased persons, and formation of limited companies. They also attend Court and while they have a right of audience before all courts, most of their work in this area comprises District Court cases and appeals to the Circuit Court. The Incorporated Law Society of Ireland, founded in 1852, acts as a regulatory body for the solicitors’ profession.

In the higher courts, cases are normally conducted by barristers who are either junior or senior counsel. Barristers are advised by, and in most cases can only be retained by, solicitors. The Benchers of the Honorable Society of King’s Inns constitute the governing body of the Bar of Ireland. 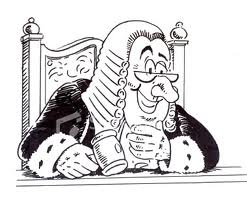 Judges are appointed by the President, acting on the binding advice of the Government (cabinet).

The Constitution mandates that the remuneration of judges may not be diminished while they remain in office. The Twenty-Ninth Amendment of the Constitution Bill 2011 is intended to ease this restriction. The refusal of most judges to pay the public service pension levy in 2009 was said by some observers to demonstrate how out of touch with reality the judiciary had become.

The procedure for removing a judge of the Supreme Court or the High Court from office is specified in the Constitution, but by law the same mechanism applies to judges of the lower courts. A judge may be removed from office only for "stated misbehaviour or incapacity" and only if a joint resolution is adopted by both houses of the Oireachtas (Parliament). After such a resolution is approved the judge is dismissed by the President. No judge has been removed from office since the foundation of the state in 1922.

In 1999 then Chief Justice Hamilton reported on the interventions of two judges, Justice Hugh O'Flaherty of the Supreme Court and Justice Cyril Kelly of the High Court, in the early release of Philip Sheedy, who had been convicted of causing death by dangerous driving. The Chief Justice described their actions as inappropriate and unwise. Following strong political reaction, and facing an Oireachtas debate on the report and a request by the executive to resign, the judges both resigned. In their resignation statements they said they had done nothing wrong, but were resigning "to restore faith in the judicial system".

In 2004 a motion to impeach a Circuit Court judge, Brian Curtin, was launched in the Dail, the first time such a move has been made. This followed strong public reaction to his acquittal on charges of possession of child pornography  due to evidence seized by gardai being ruled inadmissible, and the judge's refusal of a Government request to resign. The Dáil established a joint committee to consider the evidence and report to the Dáil, a process that was upheld by the Supreme Court following a challenge by the judge. In November 2006, facing questioning by the committee, Judge Curtin resigned on health grounds, ending the impeachment process.