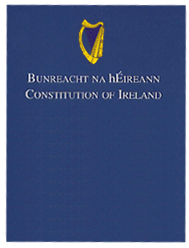 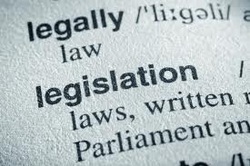 BAILII
BAILII provides access to the most comprehensive set of British and Irish primary legal materials that are available for free and in one place on the internet. As of September 2006, BAILII included 74 databases covering 7 jurisdictions. The system contains around 9.4 gigabytes of legal materials and around 186,000 searchable documents with about 4 million internal hypertext links. BAILII is hosted in the UK and Ireland by the Institute of Advanced Legal Studies, London and the Law Faculty, University College Cork.

IRLII
In September 2001, as part of its contribution to the BAILII (British And Irish Legal Information Initiative) project, UCC Law Faculty established IRLII. Apart from providing BAILLI with Irish content, IRLII also offers services such as a complete searchable index of decisions of the Irish High Court and Supreme Court, from 1997 to date, including citations of cases reported in the Irish Reports and Irish Law Reports Monthly, as well as links to the text of the decisions on BAILII (where available), and indices of Irish statutes, statutory instruments and cases.

Section 22 of the Civil Liability and Courts Act 2004 requires that in assessing the level of damages to be awarded the Court was to have regard to the Book of Quantum.
Section 22 states:
(1) The court shall, in assessing damages in a personal injuries action, have regard to the Book of Quantum.
(2) Subsection (1) shall not operate to prohibit a court from having regard to matters other than the Book of Quantum when assessing damages in a personal injuries action.
(3) In this section "Book of Quantum" means the book of Quantum required o be prepared and published by the Personal Injuries Assessment Board under the Act of 2003.
This legislative innovation in 2004 was a novel concept in Irish law. Previous to this, the judge had a total discretion in deciding the matter (subject only to early binding decisions as to the level of awards - for example see Sinnott v Quinnsworth Ltd. [1984] ILRM 523).
As recently as 2009 the High Court observed that the Book of Quantum, "provides a touchstone against which the cases can be assessed and it is a useful expert view which can help the court in coming to a conclusion on this difficult issue." (O'Brien v. Derwin [2009] IEHC 2 (Unreported, High Court, 14 January 2009) per Charleton J at 32). In this case detailed consideration was given to the Book of Quantum and teh recommendations within the Book of Quantum were followed. In particular, a single award was given for the most serious injury with minor adjustments for additional (but less serious) injuries (i.e. as opposed to adding up the value for each of the injuries separately and arriving at an aggregated figure). This is consistent with the approach recommended within the Book of Quantum to multiple injuries.
This is a late applause and acclaim for the Book of Quantum but may indicate a changing judicial view towards its application and usefulness in personal injury actions.
To put this recent development in context, consider McFadden v. Weir [2005] IEHC 473 (Unreported, High Court, 16 December 2005) where Budd J stated:

"I have considerable reservations about the usefulness of the P.I.A.B. Book of Quantum as so much depends on one's assessment of the personality of the individual plaintiff and how devastating the effect of the particular injuries have been on a  such a person with the relevant particular circumstances and character."

This judgment echoes the general malaise towards the Book of Quantum within the legal community to the prescriptive approach to "fixing" damages.
Finally, a further common criticism of the Book of Quantum is the artificiality of setting any monetary amount given the fluctuating state of the economy. Charleton J observed in McFadden that "deflation since that time [2004] makes the sums questionable... but they seem to me to be a good guide." 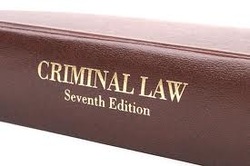 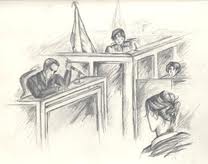